Course Outlines
This course addresses golf course design principles and turf management practices. How the golf course architect designs the golf course throughout all phases of development will be considered. In addition to the design of a new facility, topics include how to renovate and/or expand an existing facility. The processes of obtaining permits and dealing with local authorities about environmental issues associated in golf course development are discussed. The fundamentals of golf course maintenance are also addressed. Topics such as grass and soil identification, drainage systems, equipment use in maintenance procedures, and establishment and implementation of a turf management program will be covered. An introduction to pesticides and fertilizers is included.

Grant Fraser, M.Ed., M.B.A., is a successful entrepreneur having started and sold numerous businesses over the last 30 years. Mr. Fraser began his career working as an account manager for the Bank of Montreal and Royal Bank of Canada before entering the golf business. In 1995, he started the first professional golf management (PGM) program in Ontario at Humber College and was named the college’s “Innovator-of-the Year” for doing so. In 1999, Mr. Fraser departed Humber College to launch the Golf Management Institute of Canada (GMIC), and the PGM program at Niagara College in 2000. For over 25 years, Mr. Fraser has taught hundreds of golf management students the business of golf.

Mr. Fraser is also an award-winning writer and photographer for Ontario Golf News and Flagstick magazine, two of Canada’s leading golf publications. He is the publisher of GolfTheWorld.ca, a golf and travel website that showcases golf destinations around the world. He has been writing about and photographing golf courses since 1995 when he published his first book, called “50 of Ontario’s Greatest Public Golf Courses.” He has written two other books since then entitled Golf Access and Golf Smart and has been on several ranking panels over the years including Score Golf Magazine, Ontario Golf Magazine, Fairways Magazine and the Traveling Golfer.

As past president, Fraser continues to serve on the board of directors of GJAC as well as the Canadian Junior Golf Association (CJGA) and the Golf Management Institute of Canada (GMIC). He is also on the Hall of Fame selection committee for Golf Ontario and the PGA of Canada. In 2018, Fraser served as the Pro-Am Committee Chairperson of the RBC Canadian Open, and in 2019 was made an honorary director of the PGA of Canada. 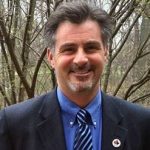 Rod Speake has 27 years of established leadership success in the golf industry and 17 years as a Class A Superintendent. Rod is currently working at DLF Pickseed Canada where he is a professional sales representative. Rod graduated from Seneca College’s Golf Management program in 1995 and has worked at many golf courses including: Cedar Brae Golf and Country Club Bay of Quinte Country Club, Westview Golf Club, Deer Creek Golf Club and Mill Run Golf Club. Rod’s work experience is in golf course maintenance and project management. He has completed many projects over the years such as new clubhouse construction, bunker renovation, tee deck construction, and an award-winning, million-dollar creek diversion project.

Volunteering is also something Rod has done throughout his career. He has served as vice-president of the OGSA, conference chair for the OGSA show, supported the CGSA, and coached minor hockey for the past 8 years – currently for the Minor Pee Wee AAA team of the Clarington Minor Hockey Association.

Rod has lived in Bowmanville for the last 3 years with his wife Patricia and two children, Patricia is a dental hygienist, Braydon has just started High School and Kailyn is in her first year at the University of Guelph. Summer time is spent golfing and spending time with the family at the boat in Bobcaygeon. 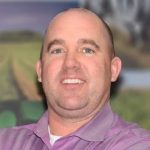