Course Outlines
From the foundations of digital marketing presented in the program's first course, this course will delve further into specific tools, standards and practices in conjunction with application activities and project to build effective campaigns involving search engine marketing. Specific topics will build upon the fundamentals of Google algorithm, measurement, search engine optimization analysis, and PPC.

Tiffany Da Silva has spent the past 15 years working in all facets of digital marketing. Throughout her career she has worked on over 500 websites and over 150 companies including Achievers, Breather, Canada Post & Shopify. She holds her MBA from Norwich University. In 2012, Tiffany was named one of the Techwomen Canada of 2012 by the Government of Canada and Canadian Consulate General of San Francisco/Silicon Valley. She has spoken all over the world about imposter syndrome in tech, and was named one of Marketing’s 25 most influential leaders on Mashable. Currently, she is a growth marketing consultant for startups & enterprises, as well as, the founder of flowjo.co. 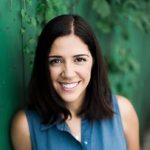